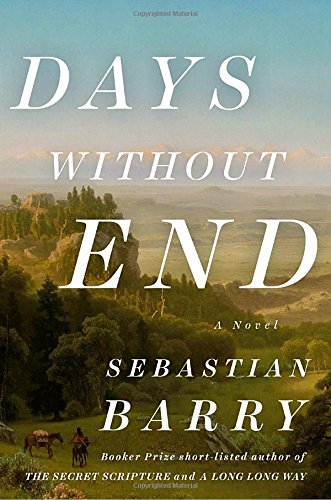 The New Gloucester Public Library is a vital community resource through which all citizens may pursue knowledge in a process of lifelong learning. The Library pledges to recognize and respond to changing needs of all members of the community so that each individual may gain access to the whole spectrum of knowledge through existing networks of information resources.

A Message from the Friends

We're the Friends of the New Gloucester Library. We are a non-profit organization whose primary purpose is to raise and distribute funds to support library programs and materials that are not funded through the Town budget. Every October and February we hold a Book and Bake Sale. Money from these sales has purchased children's and young adult books, and reference materials for the library. We also sponsor several library programs, including Maine Wildlife park passes for library patrons. One of our services is the delivery of books to the homebound (please see the library website under (Homebound Delivery).

We love to see all our Friends at our events and programs. However, we realize that with such busy lives you may not be able to attend meetings or various events and that's all right. Friends may help out in other ways. They can make donations of time to an event, bake for or help out at book sales, do mailings, or help out in the library. And of course; we always appreciate your ideas for how the Friends can support our library, so please feel free to email us at friendsnglibrary@gmail.com.

Please visit and join our Facebook page for updates on the dates for our Book and Bake sales, our annual meeting (usually in May), and other events (www.facebook.com/groups/friendsnglibrary).

If you would like to join the Friends, please fill out and return the application.

Over 125 years ago the Town of New Gloucester established the public library. This was ten years before the town acquired telephone service. Before all this happened the very first library in our town was started about 1798 when this area was still part of the Commonwealth of Massachusetts. It was a private social library which began in the old Bell Tavern in Lower Gloucester. A later location was at Stevens School. The exact number of members is unknown but a one dollar membership fee was charged along with other occasional assessments that were leveled to purchase additional books. Rules were strict. No member could take out a book while being indebted in any manner to the Society until they provided proof of payment. A person could only take out one book at a time and only on Saturday afternoon. It was noted at a meeting held on May 5, 1806 that Ezekiel Whitman was paid Four Dollars per year for his service as librarian along with Twenty Dollars for past service, In May of 1808 Nathan Weston was appointed librarian. There are no additional records available until April 5, 1817 when Samuel Fessenden was chosen to be librarian and inspector of books. Records are unavailable for a number of years following 1817 although a social library is listed among public facilities in New Gloucester in 1824.

At the March 15th, 1888 Town Meeting voters passed a resolution to establish a town library and a seven person committee was chosen to buy books, make rules, and other decisions. The library was located in what is now the Town Managers Office. It was supported by a fifty cent annual poll tax. Other towns turned to Carnegie for gifts, but New Gloucester paid for the library out of its own pockets and remains proud of that fact. The first year the cost of running the library was $521.65. The first librarian was Miss Helen A. Moseley, who served in that position from 1888 through 1920. The first three books offered by the library are on display in the locked New Gloucester History Cabinet in the current library. They are Lossing’s Pictorial Field Book of the Revolution, volumes one and two, and Lossing’s Pictorial Field Book of the War of 1812.

In 1890 the Library Committee purchased 96 books with the average cost of one dollar per book. The committee is quoted as saying “ We have purchased such books as seem to be in popular demand, carefully avoiding, as far as possible, all books of immoral or questionable tone.” In that year the Supervisor of School was in charge of the library committee. In the fourth year of existence ( 1892 ) the library contained one thousand forty-eight books. To help cover costs and raise money catalogues were sole for ten cents a copy. The catalogue listed all the books available for loan. In 1892 Trustees were already suggesting that larger quarters were needed for the library. By 1895 the library grew to over twenty one hundred volumes. The Library Committee voiced a recommendation “ that some of the patrons of the library exercise more care in the handling of books. It has been necessary to rebind seventy-nine books this past year.”

In 1909 the poll tax to support the library was raised to $1.00. With the exception of a gift of $200 the first years of the library received it’s only operating funds from the poll tax. In that same year Stephen H. Cummings created a Library Trust of $1,000 which generated interest of approximately forty dollars per year that went toward the purchase of books. That Trust money is currently rolled into the Library Endowment Fund held by the Town and governed by the Library Trustees.

The 1970s began with the highest circulation in the past five years. That year a non-resident fee was established at dollar per year. In 1971 a book slot was installed and in 1979 smoke alarms were added. That same year the Gray- New Gloucester Industrial Arts students built bookcases for the library. During this decade the Trustees were focusing on improving and updating the children and youth sections of the library. In 1970 a May Ball netted $110.00 for the purchase of children’s books. In 1976 librarian Margaret ( Peggy ) Stevens-Becksvoort entered a contest and won 250 children’s books offered by the Maine State Library. The library was open sixteen hours a week. To create more interest in the library in the spring of 1970 a display of local art works was featured. Book sales were held with the Trustees using the monies earned to purchase new reference and non-fiction books. The outside of the library was given a fresh coat of paint and a bathroom was installed. A telephone line was put in place. In 1974 the state aid money paid for a movie projector. In 1974 the total circulation was 8846. The next year, 1975, it was up to 10,239. Much more maintenance was done during the 1970s including a railing for the front steps, a card catalog, replacement of fire extinguishers and due to the energy crisis a great deal of insulation was added. By the end of the decade the library was open twenty-four hours per week.

In 1982, Suzan Hawkins became the librarian and served for 38 years until her retirement in 2020.

In 1998, following extensive renovations, the library relocated to the old high school building where it currently resides.